In industrial production, there is often a large amount of heat generated, which increases the temperature of production operating conditions. In order to avoid affecting the safety and normal operation of production, cooling must be carried out in time.Discharge of waste heat can also be seen everywhere in daily life, such as the air conditioning system in buildings and the cold storage system.Therefore, the production and improvement of living standards must be accompanied by the discharge of a large number of waste heat, which is generally carried to the environmental waters or scattered to the atmosphere through the cooling water.

Our company has been developing and producing various specifications of FRP cooling towers since the early 1970s. It is one of the earliest manufacturers of cooling towers in China. After more than 40 years of hard work and development, our cooling tower products have a certain scale, by the majority of users trust and praise. Especially the FRP cooling tower produced by our company, through continuous improvement and optimization, in the same industry to create excellent evaluation, thermal, energy consumption, noise three major assessment indicators are all leading, has won the provincial, ministerial and national excellent title, won a good reputation and reputation in various industries in China.

When the cooling tower is running, hot water in the tower is sprayed uniformly downward from the top of the tower by the water distribution system through the sprinkler nozzle, forming a water film on the filling. Air flows in the reverse direction from the bottom up to the water droplets or water film, or flows vertically in the horizontal direction. Heat and mass transfer is carried out during the process of air and water contact, so as to reduce the water temperature.

According to the location of fan installation, it can be divided into blast type and mechanical draft type. The air blower is installed on the side of the bottom of the tower, and the fresh air is blown into the tower. The exhaust fan is installed on the top of the tower. Blowing type can be used for cooling water system containing oil corrosive substances in cooling water (a way to avoid damage to the fan), generally commonly used for the mechanical draft type.

Most of the tower is equipped with splashing device or filling, called sprinkler device, is the key part of the cooling tower, water cooling mainly in this part.

According to the direction of air flow can be divided into cross-flow type and counter-flow type, my company cooling towers are more mechanical ventilation counter-flow type, processing capacity can be from a few tons per hour to 5000 or 6,000 tons, small towers are mostly FRP structure or steel structure, large towers are mostly reinforced concrete structure or steel structure, with the continuous breakthrough of technology. In the past year, our company has developed a large FRP cooling tower with large capacity to accommodate more project.

In the wind tube natural ventilation cooling tower of the open circulating cooling system, the air needed for water cooling is provided by the air flow around the cooling tower. In the mechanical ventilation cooling tower, the air flow needed for water cooling is supplied by axial flow fans. This axial-flow fan is characterized by large air volume, low static pressure head, high efficiency, low cost, can be reversed and can be adjusted by adjusting the number of blades or blade installed angle to change air volume and pressure, widely used in mechanical draft cooling tower.

① The air distribution of the draught filling section is uniform and the cooling effect is good.

②The air velocity at the draft type outlet is relatively high, and the humid and hot air can still keep up 10-12 m after leaving the cooling tower outlet, which greatly reduces the possibility of hot air reflux.

③The velocity of hot air at the outlet of the blast type is low, and the air velocity at the inlet of the fan is high. In case of weak natural wind, it is possible to blow hot air to the inlet at the bottom, forming hot air reflux to reduce the cooling efficiency.

Despite the shortcomings of the installation method of the blower, the blower cooling tower can show greater advantages than the mechanical draft cooling tower in the case of corrosive circulating water quality, anti-seismic and anti-flying projectiles and other special requirements of the application conditions： 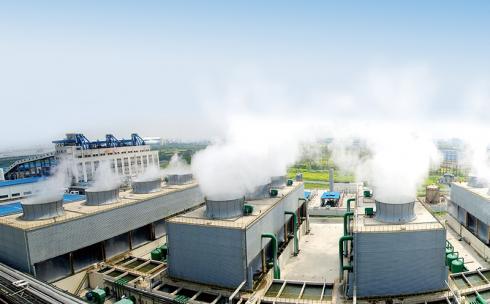 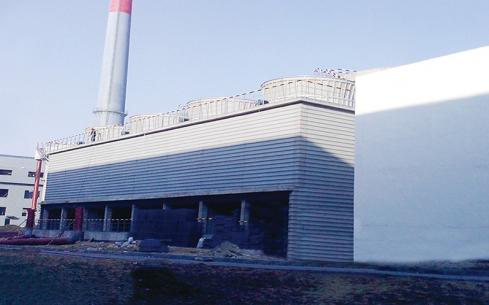 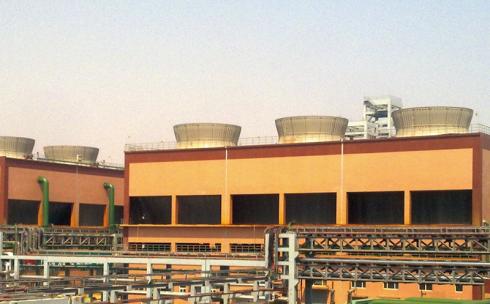 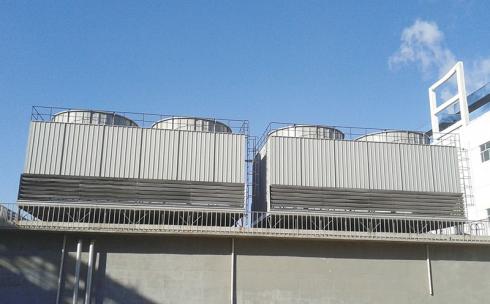 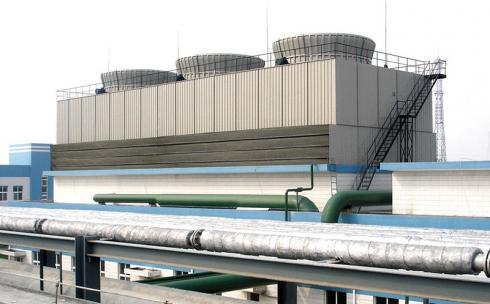 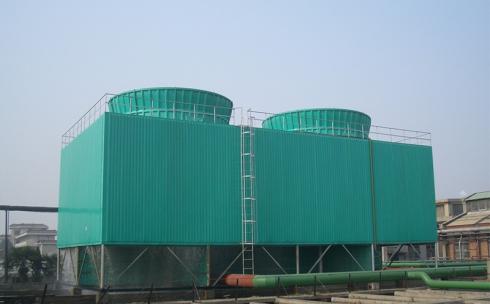 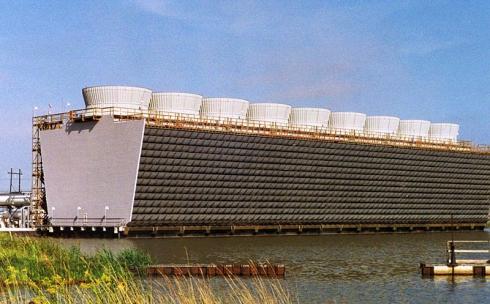 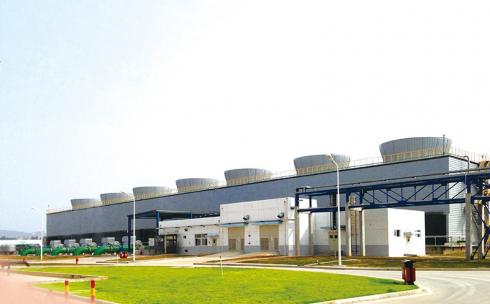 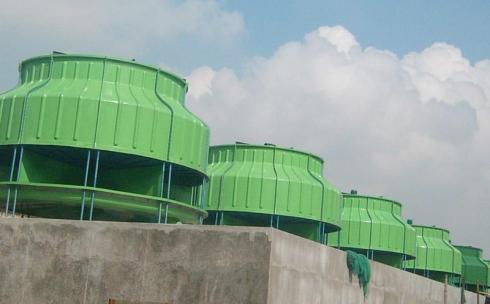 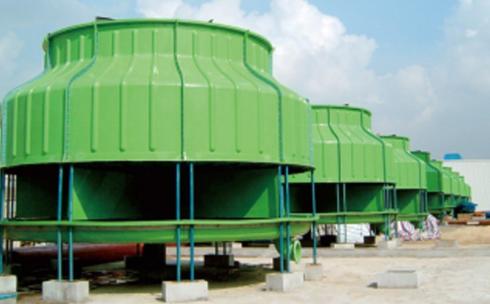 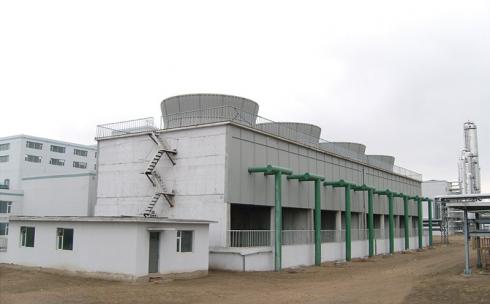